Belarus was on the brink of losing to the team of the Netherlands. Aliaksandra came into the court yesterday for her 4-th rubber against Arantxa Rus (77 WTA) knowing that there was no possibility to make a mistake. All the pressure was on Sasha's shoulders but she was able to calm down after the first unsuccesful set and came back to win Rus and set the tie to the deciding doubles match where together with Aryna Sabalenka our Aliaksandra made history on court. 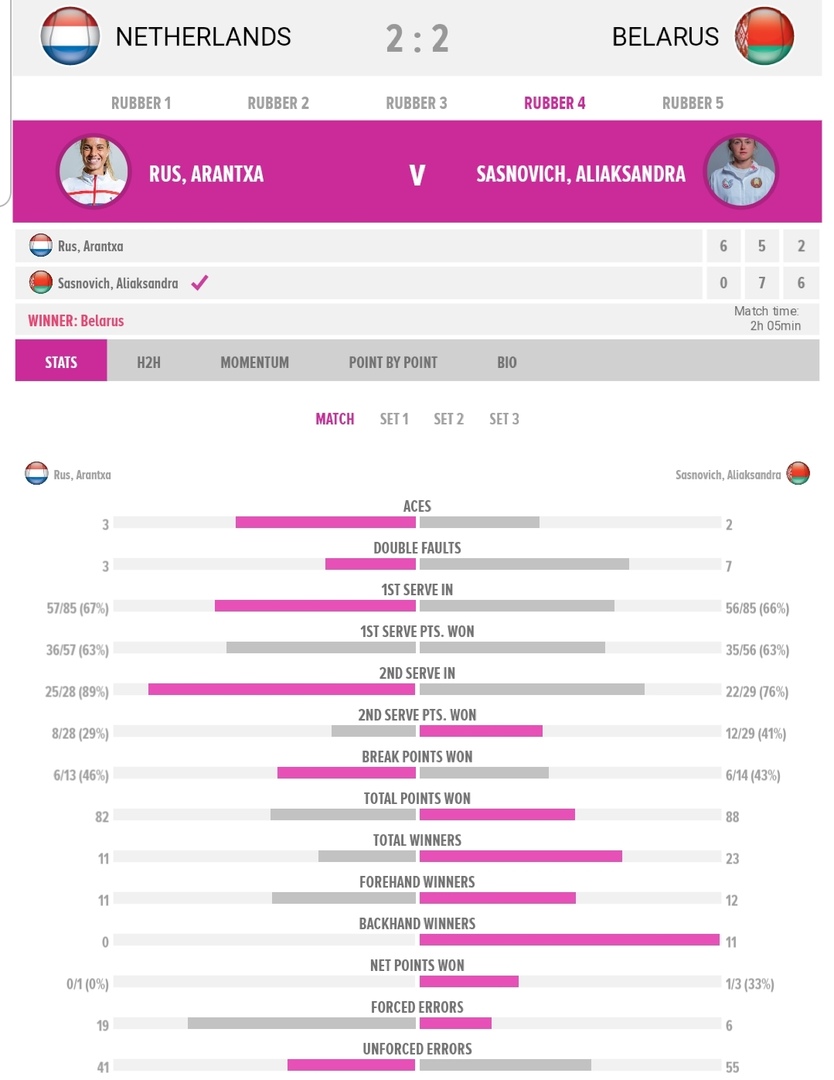 The singles match against Arantxa Rus (77 WTA) lasted for 2 hours and 5 minutes and finished with the final score 0-6, 7-5, 6-2. In that match Sasha was able to handle the nerves and came back into the match. There was everything starting from anxiety and finishing with victorious relief. Sasha showed one more time that it is never late for a comeback and that there is always a way though. But that was not the end. The score was 2-2 and it was time for deciding doubles. Could we expect Sasha to appear on court again, just after the long exhausting match? Yes we could and she appeared the same as in Fed Cup Final 2017.

Aliaksandra and Aryna played deciding doubles against Kiki Bertens (8 WTA)/Demi Schuurs (14 WTA). We could barely predict such a epic and dramatic match. After losing first set, girls found the way to take the second one. In the third there were down 1-3, then were surving two times to stay in the match at 4-5 and 5-6, also were two points away from losing it all at 5-6, 0-30. But they managed to put the very last set to a tiebreak where in a epic fashion they won 10-8. Match lasted for 2 hours and 25 minutes and finished with the final score 4-6, 6-3, 7-6 (10-8). With out any doubt we can say that Sasha and Aryna made an miracle beating home favourities on their clay surface. Aliaksandra left it all on the court playing nonstopping for almost 5 hours. But all worth it. Our team is coming for Fed Cup Finals in Budapest!

Now our team in the lead with Aliaksandra and Aryna will be flying to Budapest where Fed Cup Finals will take place in a new format. 12 qualified nations (Australia, Belarus, Belgium, Czech Republic, France, Germany, Hungary, Russia, Slovakia, Spain, Switzerland and the USA) will be divided into four groups of three nations and will play in a round-robin format during the first four days. The four group winners will progress to the semi-finals and final.

Destination – Budapest. 14-19 april 2020. We are coming! Many congatulation to out team and of cource to our unique Sasha! Stay with Sasnovich.com and Sasnovich Team in all the social networks for future updates. 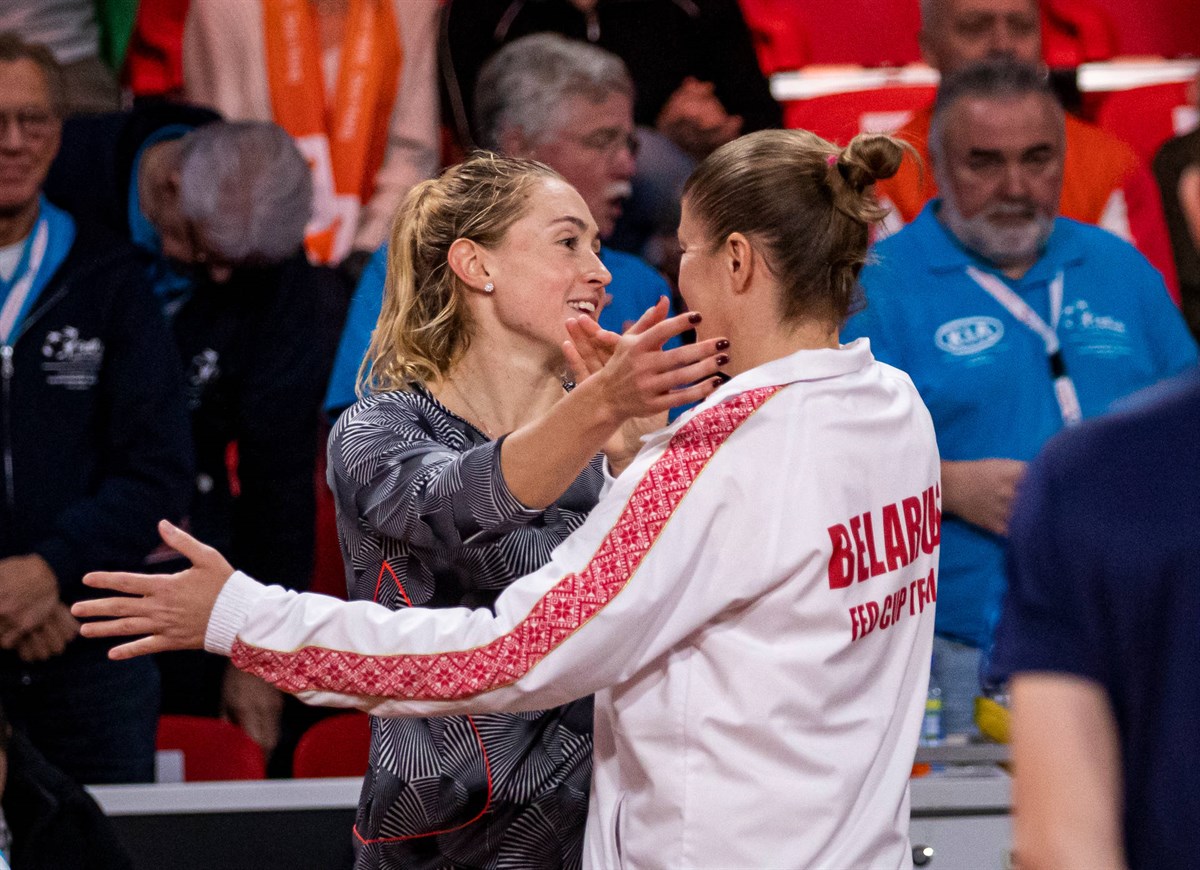