Just one week before US Open Sasha will play new WTA tournament in Bronx. Aliaksandra will be both in singles and doubles action.

The Bronx Open, hosted by New York Junior Tennis and Learning, is a new WTA International tennis event. The Bronx Open will be played from August 16-24, 2019 and will be the final tournament in the build-up to the US Open. “We are thrilled to welcome women’s professional tennis back to the Bronx after a seven-year break during the construction of the Cary Leeds Center,” said NYJTL CEO George Guimaraes.

In the first round in singles Sasha will face Polona Hercog (54 WTA). Polona Hercog is a slovenian tennis player. Her career-high rankings are No. 35 in singles and No. 56 in doubles. She has won five WTA Tour titles; three in singles and two in doubles. And this year won title on clay in Lugano. W/L this season – 29/18 (W/L  62%). Aliaksandra and Polona have played against each other two times (H2H 1-1), last time – in may in the first round of Roland Garros (Sasha lost in 3 sets 6-4, 2-6, 6-8).

The singles draw of BRONX OPEN: 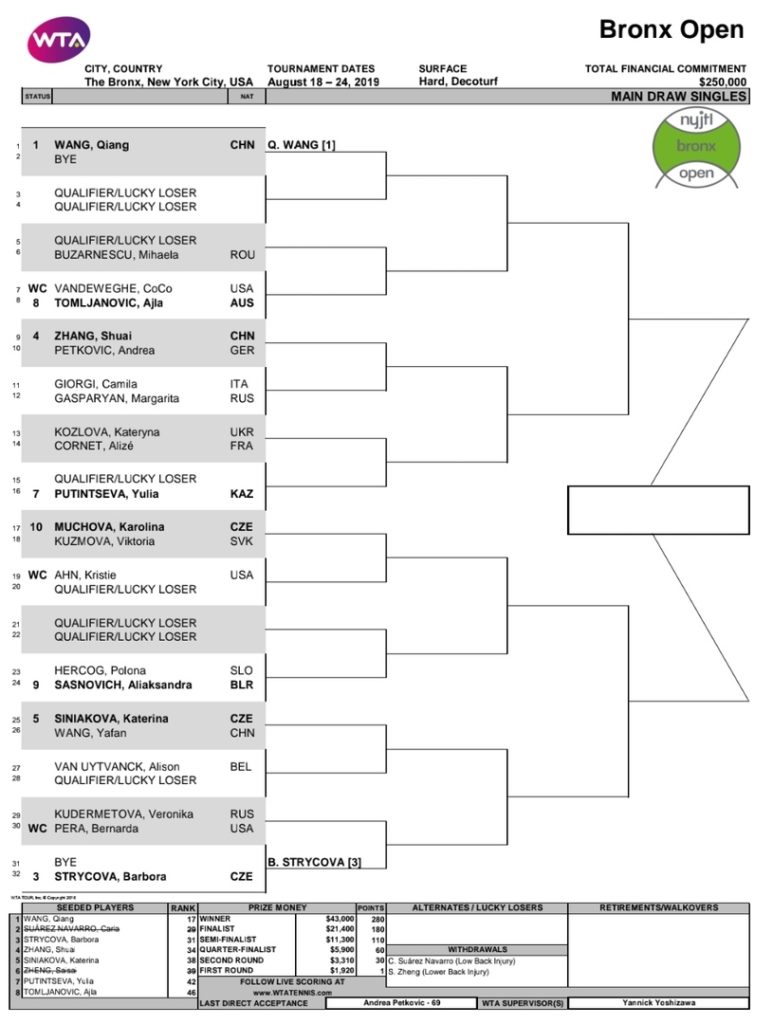 The first match in singles is to be played today, 18 of August, on Pershing Square Stadium

We will also see Sasha in doubles game together with Viktoria Kuzmova (54 WTA). In the first round they will face 2 seeds sisters Chan.

The doubles draw of BRONX OPEN: 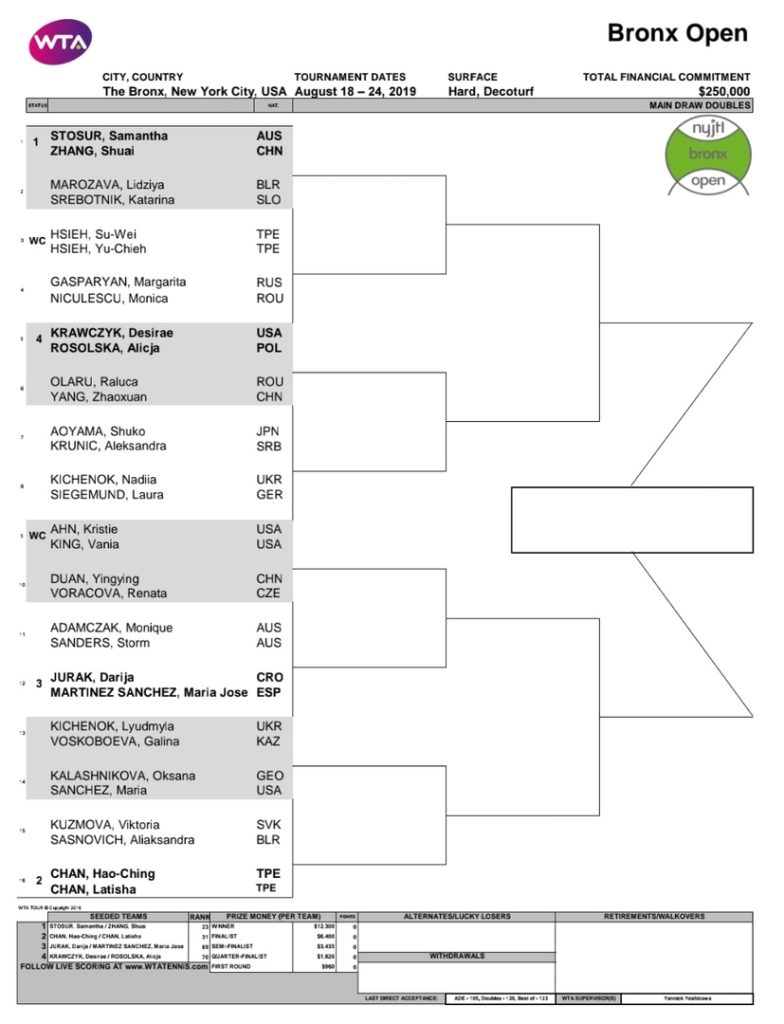