One more very difficult draw for Sasha. In the first round in Beijing she will face US Open 2019 champion - Bianca Andreescu (5 WTA).

China Open is an annual men’s and women’s professional tennis tournament held in Beijing, China. The women’s event is the third highest tier Premier Mandatory series on the WTA tour. Svetlana Kuznetsova, Serena Williams, Agnieszka Radwańska and Caroline Wozniacki hold the record for most titles won in the women’s tournament, with two titles each. Who will take title home this year?

In the the first match Sasha will play against Bianca Andreescu (5 WTA). She reached a career-high singles ranking of No. 5 on September 9. On August 11, 2019, Andreescu became the first Canadian woman to win the Canadian Open in singles since Faye Urban in 1969. She defeated Serena Williams in the final of the 2019 US Open, becoming the first Canadian, and the first player born in the 2000s, to win a Grand Slam singles title. W/L record this season – 45/4 (W/L  92%). Aliaksandra has not played against Bianca before (H2H 0-0).

The singles draw of CHINA OPEN: 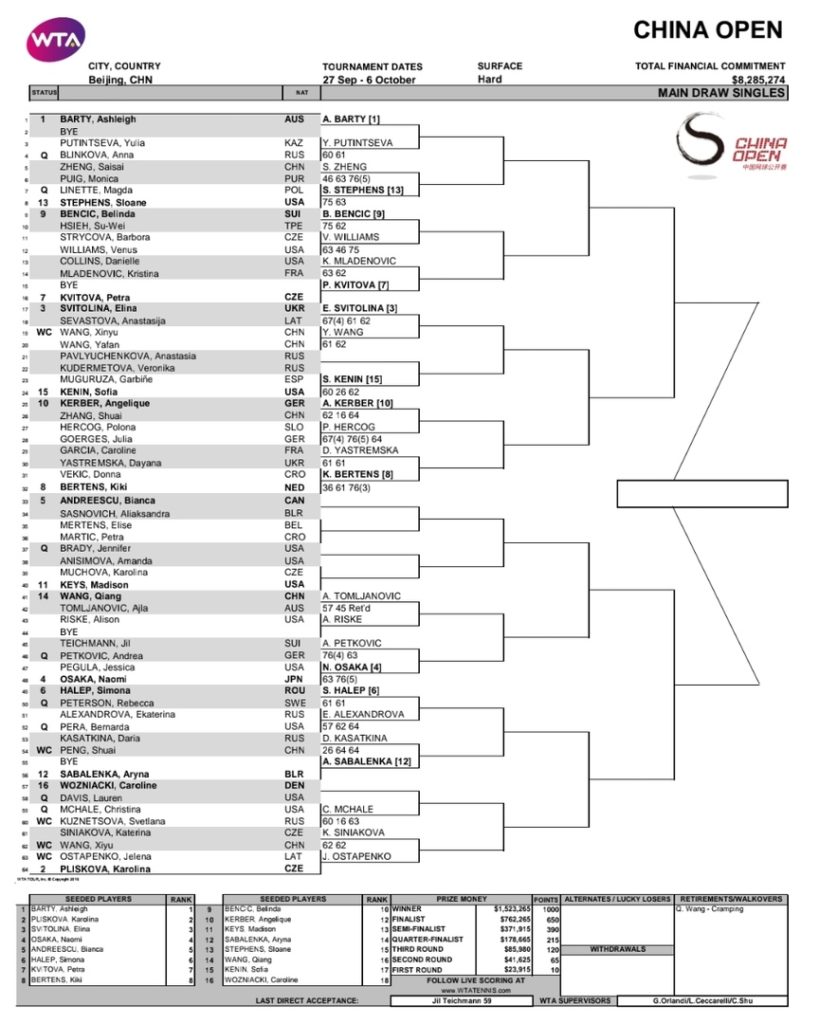 The first match in singles is to be played tomorrow, 30 of September, on Center Court

Sasha is also in doubles draw together with Veronika Kudermetova (45 WTA). In the first round they will face Siniakova/Alexandrova.

The doubles draw of CHINA OPEN: