Tomorrow Aliaksandra will start her campaign in Rome where she will play both in singles and doubles. All the draws and schedule for 13 of May in column "Ready? Play!".

In the singles Sasha will face Dominika Cibulkova (32 WTA) who is known for her quick and aggressive style of play. Cibulkova has won eight WTA singles titles and two on the ITF Women’s Circuit. Also has reached the quarterfinals or better of all four Grand Slam tournaments. One of the most notable achievements of her career to date was a final appearance at the 2014 Australian Open, when she became the first female Slovak to reach the championship round of a Grand Slam. She also won the WTA Finals in 2016, becoming the fourth player to win the tournament on debut. This season Dominika has won only 3 matches and lost in 7 (W/L 30%). The best result this year is the second round in Dubai where she lost to Karolina Pliskova (5 WTA) 2-6, 6-3, 3-6. Aliaksandra and Dominika have not played against each other before (H2H 0-0). 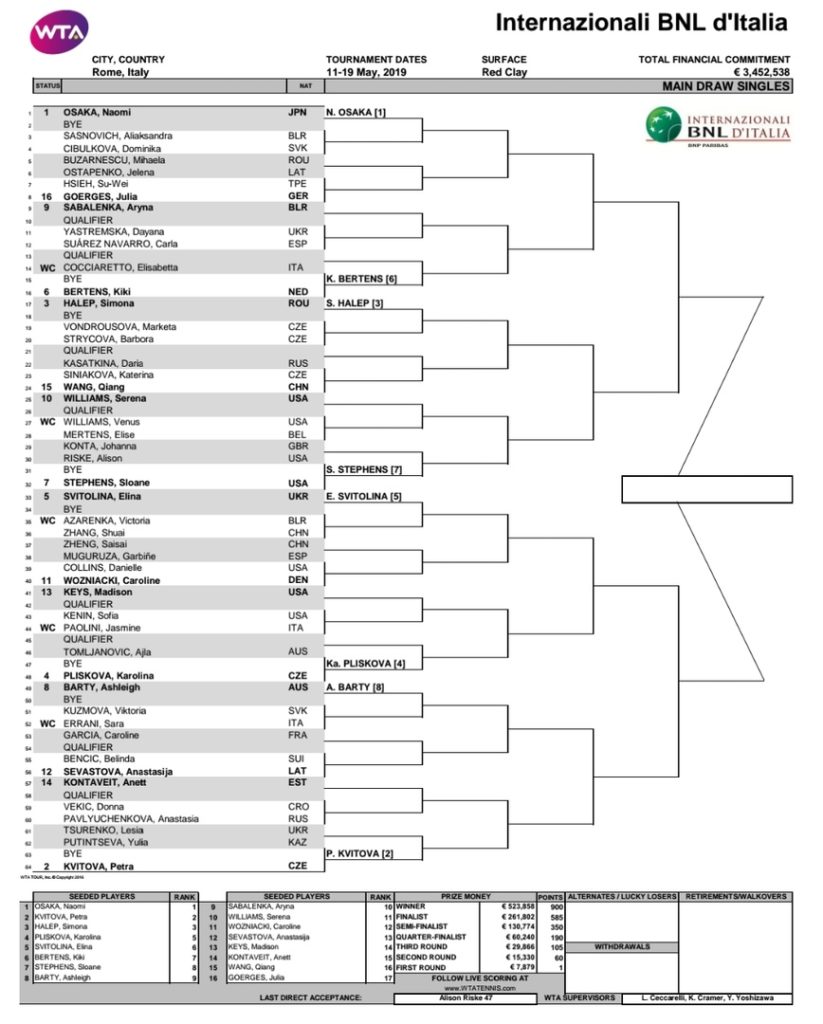 In doubles Sasha will play again with Lesia Tsurenko. In the first round they will face local players Grymalska/Marchetti. 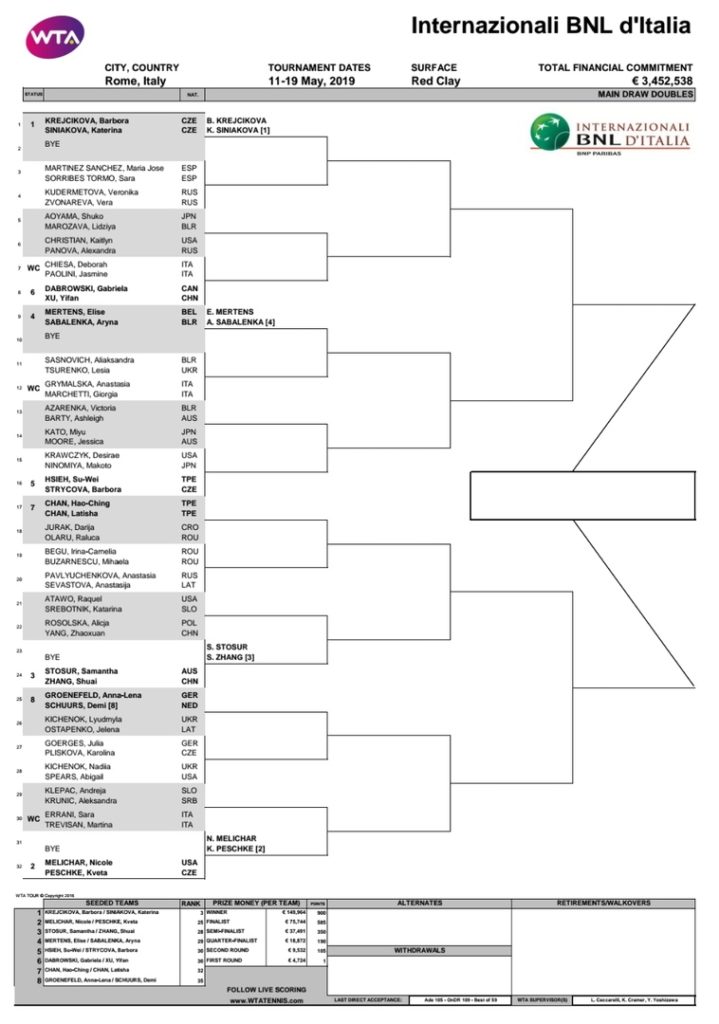 The doubles match is scheduled for 14 of May.