The last tournament of the season for Aliaksandra is VTB Kremlin Cup in Moscow. In the first round Sasha will face Anastasia Sevastova (25 WTA).

Kremlin Cup is a professional tennis tournament played on indoor hard courts.  It was held annually at the Olympic Stadium in Moscow, Russia, from 1990 to 2018. In 2019, the Olympic Stadium will undergo a major reconstruction which will last two years. The 2019 edition of the tournament will be held at the Ice Palace Krylatskoye. The Kremlin Cup was created in 1990 by Sasson Khakshouri becoming the first international professional tennis tournament to be held in Russia. The tournament started as a men’s only event during the first years of its run, before it became a joint men’s and women’s event in 1996.

Two years in a row Sasha reached quater-finals in Moscow. This year she will start her run trying to show some good results with the match against Anastasia Sevastova (25 WTA). Currently the top-ranked Latvian singles player, Sevastova reached her career-high singles ranking of world No. 11 in October 2018 after reaching her first Premier Mandatory final at the China Open. She has won four singles titles on the WTA Tour, as well as thirteen singles and four doubles titles on the ITF Women’s Circuit. Sevastova is a tactical, all-round player who uses varied shots to win points. She possesses consistent and accurate groundstrokes, with both wings capable of producing winners. She has an accurate serve that can reach 110 mph (177 km/h). She also moves around the court well, and has good footwork. Sevastova’s best result in 2019 is title in new WTA International tournament in Jurmala. W/L record this season – 28/21 (W/L  57%). Aliaksandra has played against Anastasia once, in Brisbane, in 2018 and won 7-6 (7-3), 6-4 (H2H 1-0).

The singles draw of KREMLIN CUP: 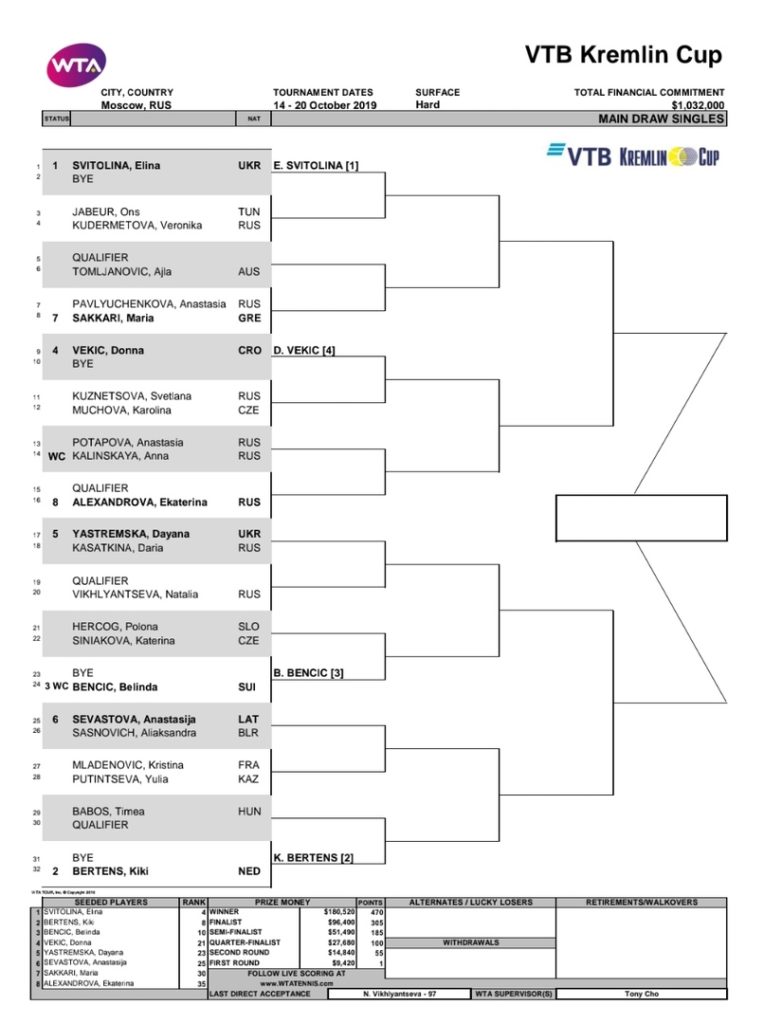 The first match in singles is to be played tomorrow, 14 of October, on Center Court

Sasha is also in doubles draw together with Ekaterina Alexandrova (35 WTA). In the first round they will face Srebotnik/Kudermetova.

The doubles draw of KREMLIN CUP: 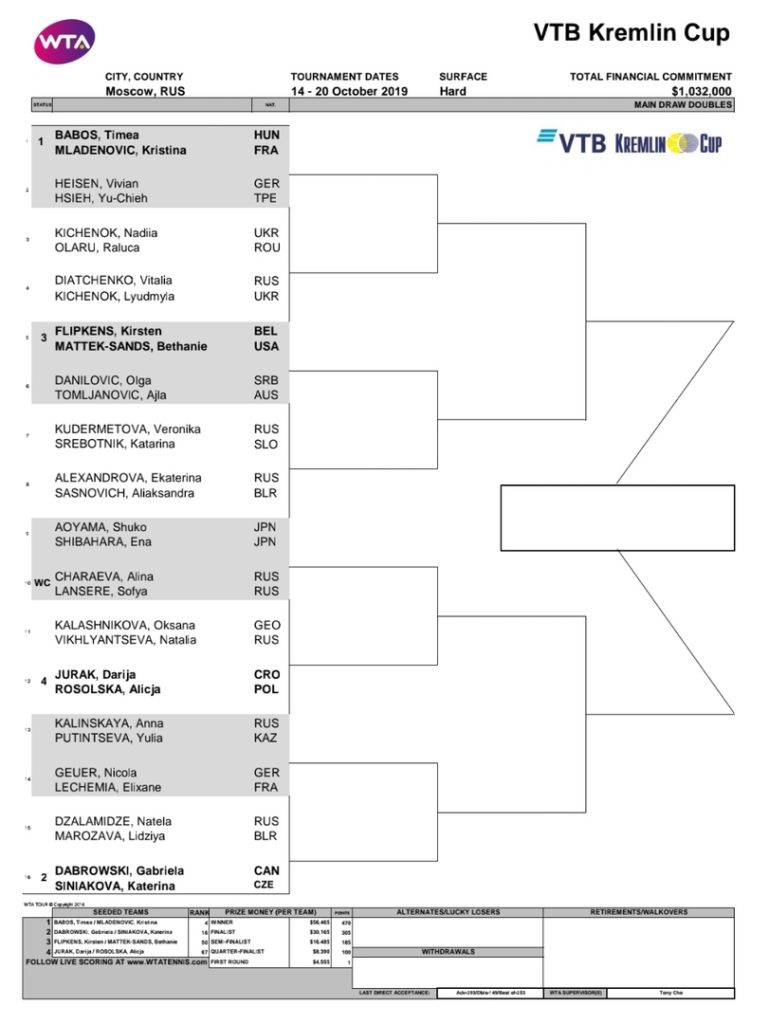 We wish Aliaksandra the best of luck. Let’s finish this difficult season on a high note. Stay with Sasnovich.com and Sasnovich Team in all the social networks for future updates.