Tomorrow Aliaksandra will start her campaign in Madrid. All the information you need to know about her first opponent and match in column "Ready? Play!"

According to the results of the draw in the first round of Mutua Madrid Open 2019 Aliaksandra will face Anett Kontaveit (15 WTA). Kontaveit has won one singles title on the WTA tour as well as eleven singles and five doubles titles on the ITF tour during her career. She reached her best singles ranking of No. 14 on 1 April 2019 and came to Madrid just after reaching another WTA final in Shuttgart. Anett feels confident on clay courts and already has played 4 matches on this surface in 2019. On her way to Shuttgart’s final she has beaten Caroline Garcia (22 WTA) 6-4, 6-3; Anastasia Pavlyuchenkova (35 WTA) 6-3, 6-2; Victoria Azarenka (50 WTA) 5-7, 7-5, 3-0. In the final she lost to Petra Kvitova (2 WTA) 3-6, 6-7 (2-7). Overall, in this season Kontaveit has won 15 matches and lost in 8 (W/L 65%). Besides the final in Shuttgart, she also reached the semifinal in Miami, where she lost to the future winner of the tournament Ashleigh Barty (9 WTA) 3-6, 3-6.

Aliaksandra and Anett know each other pretty well. They have played already 8 times (H2H 4-4). The last match was played this year in the second round of Australian Open. Sasha won in two sets 6-3, 6-3. Other matches: 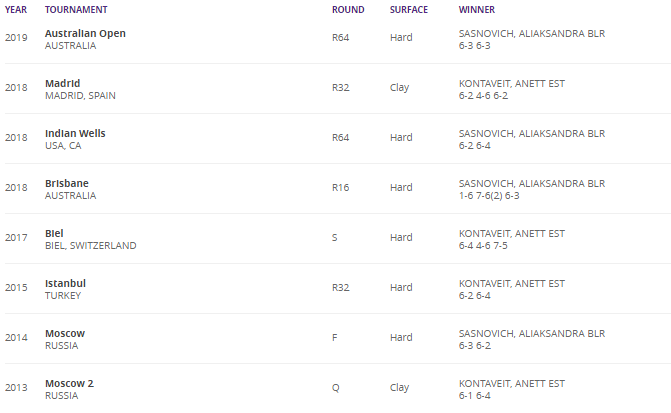 The full draw of Mutua Madrid Open. Aliaksandra is in the top half. Sasha’s possible road which is extremely difficult: 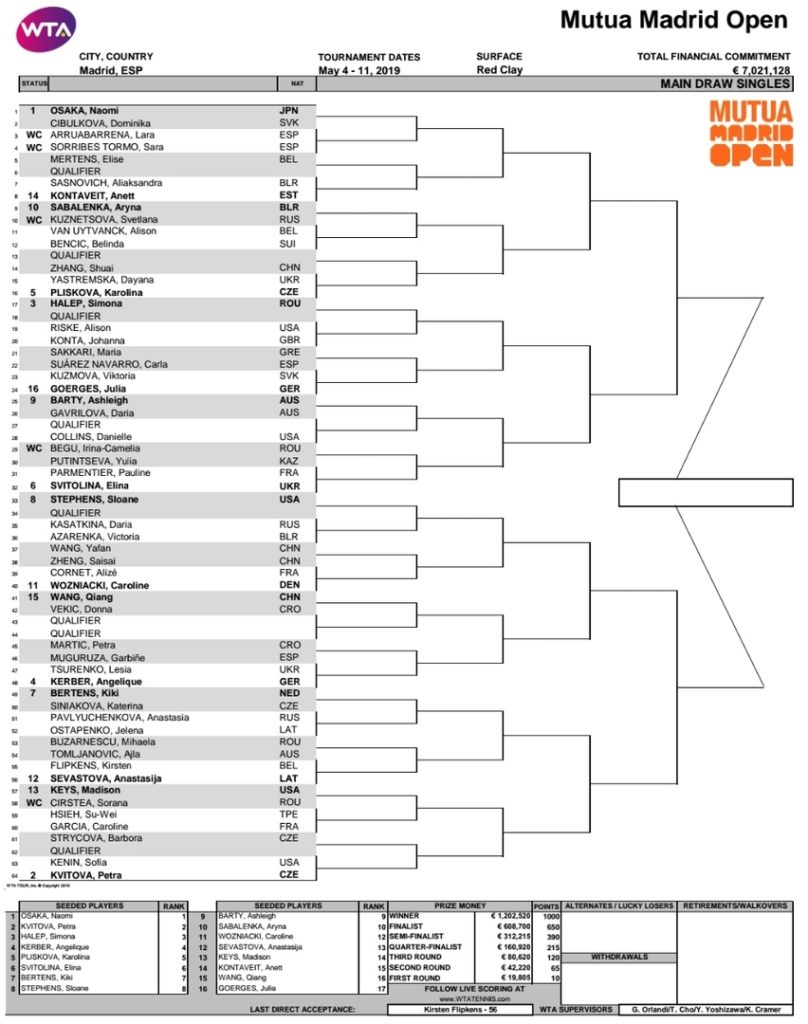 The first match against Kontaveit is to be played tomorrow on Arantxa Sanchez not before 16-00 local time, 17-00 Minsk.

We wish Aliaksandra the best of luck. Stay with Sasnovich.com and Sasnovich Team in all the social networks for future updates. Don’t miss anything about Sasha in Madrid!