The grass season has come and just in 2 days Sasha will start her run in Birmingham where she will play a WTA Premier event. The information about the tournament, first opponent and the draw in our column "Ready? Play!".

The Nature Valley Classic is a WTA Premier level women’s tennis tournament which attracts world-class players to compete in both singles and doubles, held in Birmingham, United Kingdom since 1982. The tournament is played on outdoor grass courts. Previous champions include Billie Jean King, Maria Sharapova, Angelique Kerber and Petra Kvitova.

Aliaksandra will play in the main draw of this tournament for the first time. And her very first opponent is Venus Williams (53 WTA). There is no need to say a lot about this player. Venus is regarded as one of the all-time greats of women’s tennis and, along with younger sister Serena Williams, is credited with ushering in a new era of power and athleticism on the women’s professional tennis tour. She won Wimbledon 5 times (in 2000, 2001, 2005, 2007, 2008). There is no doubt that she really loves playing on grass. On this surface she has won 5 of her 7 Grand Slam titles. This season Venus has won 12 matches and lost in 6 (W/L 67%). The best result this year is 1/4 final in Indian-Wells where she lost to Angelique Kerber (6 WTA) 6-7 (3-7), 3-6. This Monday Venus is turning 39 years old, but she is still a very difficult opponent. Sasha and Venus have never played against each other, this is going to be the first meeting (H2H 0-0). 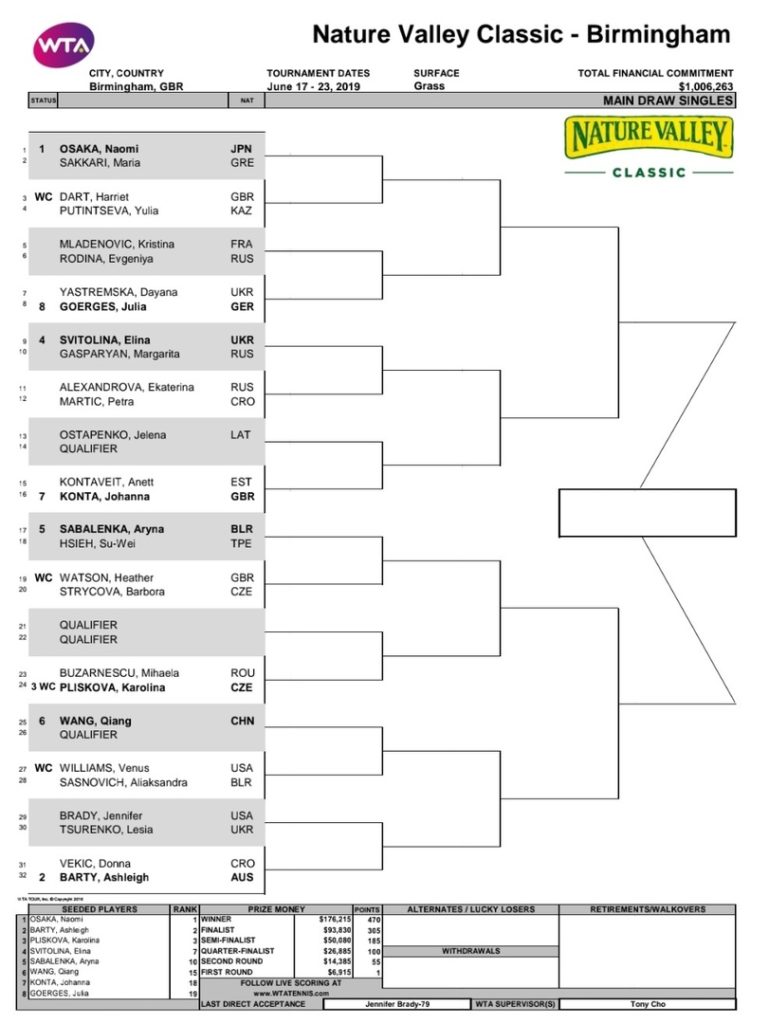 The first match against older Williams is to be played on Tuesday, 18 of June, on Center Court