Aliaksandra is aiming for the first win on grass in Eastbourne. Find out the draw and the schedule for tomorrow!

The Nature Valley International boasts a fantastic line-up of world-class tennis as a combined men’s and women’s event. It is a WTA Premier level tournament based at the prestigious Devonshire Park. Previous champions include Chris Evert and Caroline Wozniacki.

Aliaksandra will play this tournament for the first time as previously she played in Mallorca before Wimbledon. Tomorrow in the very first match in Eastbourne she will face Rebecca Peterson (64 WTA). Rebecca is a Swedish player of Estonian descent. Peterson has won one doubles title on the WTA Tour, as well as eleven singles and six doubles titles on the ITF Women’s Circuit. On 22 October 2018, she reached her best singles ranking of world No. 52. This year Rebecca has won 16 match while played in 31 (W/L 52%). Her best result in 2019 is 1/4 final in Rabat, on clay, where she lost to Ajla Tomljanovic (47 WTA) 2-6, 4-6. Aliaksandra has never played against Peterson (H2H 0-0). 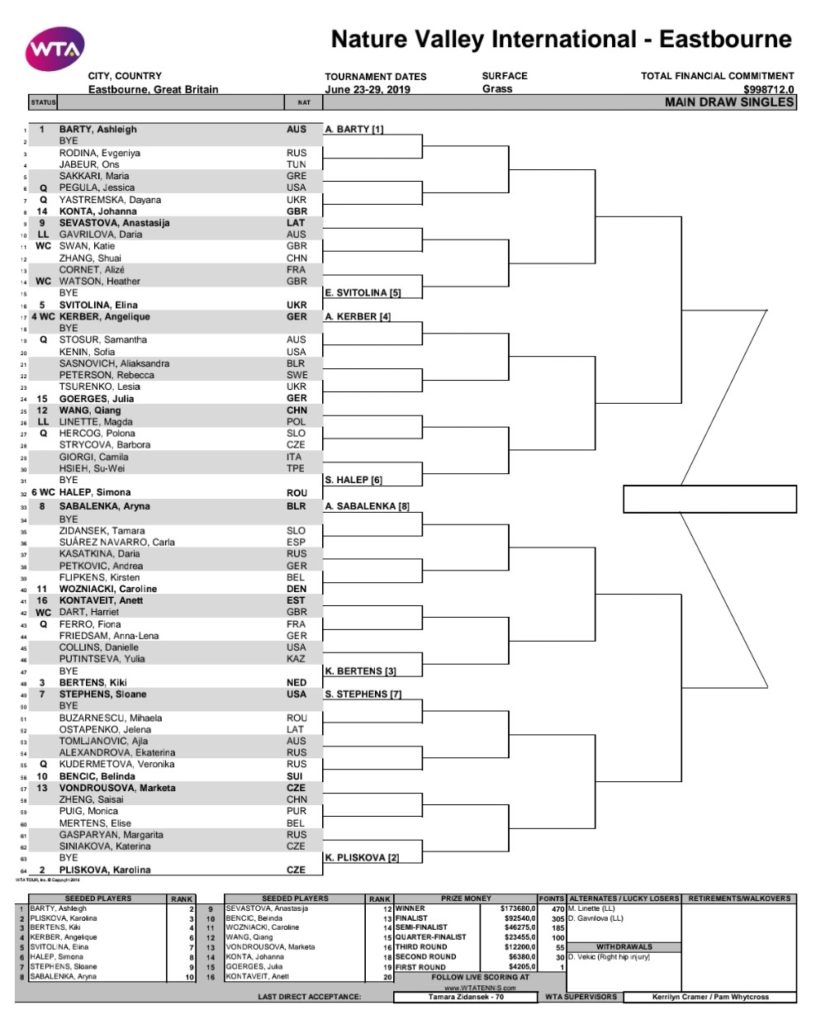 The match is to be played tomorrow, on Sunday, 23 of June, on Court 2