Less then one day before Wimbledon. Singles and doubles draws, schedule and much more in our "Ready? Play!".

Since the first Championships in 1877, Wimbledon has grown from its roots as a garden-party tournament to a Grand Slam tournament with a following of millions around the world. The only Slam contested on grass continues to honour many long-standing traditions, including a strict dress code for competitors, the eating of strawberries and cream, and royal patronage. Wimbledon is a unique tournament which hopefully will be successful for Sasha this year!

Last year Sasha reached 4 round in London and we refreshed our memories in our column “Oh do you remember?”.  This time in the first round she will face Simona Halep (7 WTA). It is time for Sasha to get a win against another top player and make one more sensation in London! Simona Halep is a romanian professional tennis player. She has been ranked world No. 1 in singles on two separate occasions between 2017 and 2019. She reached the No. 1 ranking for the first time on 9 October 2017. On her second occasion, she held the ranking for 48 consecutive weeks. In total, she has been No. 1 for 64 weeks, which ranks tenth in the history of women’s tennis. Halep was the year-end No. 1 in 2017 and 2018. She is currently ranked world No. 7 on the WTA Tour, and has won 18 WTA singles titles. Halep’s best result in 2019 is final in Madrid where she lost to Kiki Bertens (4 WTA) 4-6, 4-6. To the date Simona has won 29 matches and lost 10 (W/L 74%). Sasha hasn’t played against Halep before (H2H 0-0).

The singles draw of WIMBLEDON: 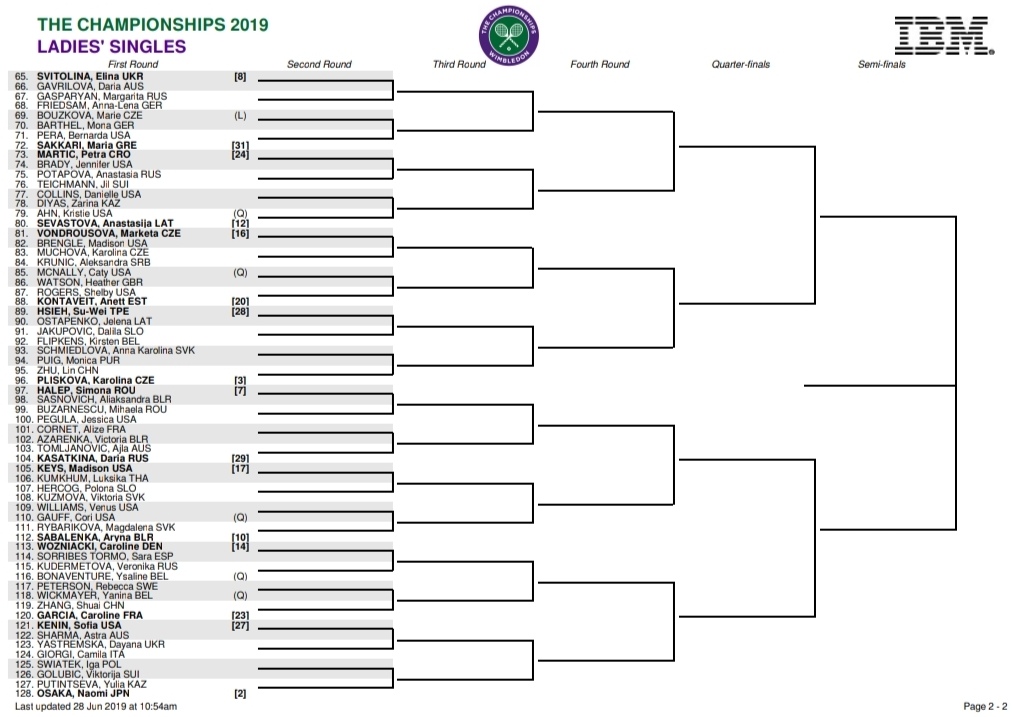 The first match in singles is to be played tomorrow, on Monday, 1 of July, on Court 1

Sasha will also play doubles with Lesia Tsurenko, the same as in Madrid and Rome this year. In the first round they will face Bacsinszky/Pera.

The doubles draw of WIMBLEDON: 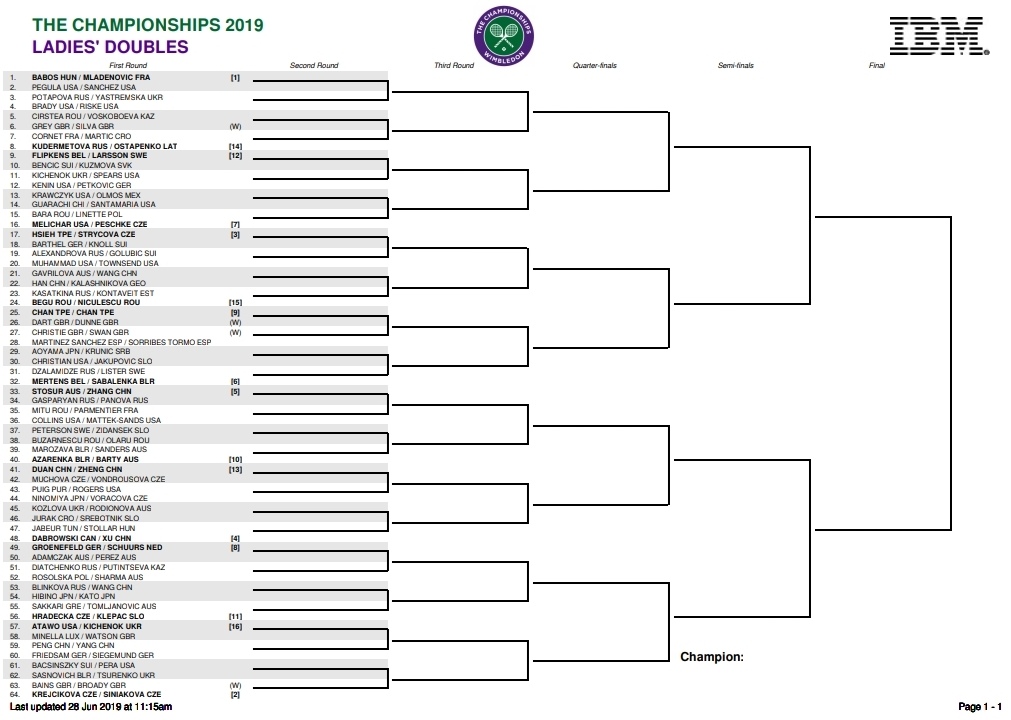 The doubles match is scheduled rather for 2 or 3 of July.

We wish Aliaksandra the best of luck. WE BELIEVE IN ALIAKSANDRA! Stay with Sasnovich.com and Sasnovich Team in all the social networks for future updates.