Aliaksandra will start one of the biggest tournaments in China with an all-belarussian clash. In the first round Sasha will face Aryna Sabalenka.

Wuhan Open is a women’s tennis tournament played on outdoor hard courts between September 22–28, 2019. It is the 6th edition of the Wuhan Open, and part of the WTA Premier 5 tournaments of the 2019 WTA Tour. The tournament is held at the Optics Valley International Tennis Center in Wuhan, China.

This year Sasha will start her run in Wuhan with a clash against another player from Belarus – Aryna Sabalenka (13 WTA). It was Sasha and Aryna who helped Belarus to reach the first ever Fed Cup final in 2017 and they were one step away from winning the title. And now it is time for the girls to face each other for the first time. Aryna has won 3 WTA titles, the biggest one last year at Wuhan Open, so she is a defending champion. Her career best ranking is No.9 reached this year. W/L record this season – 29/21 (W/L  58%). The best result is the title in Shenzhen at the very beginning of the year. Aliaksandra has not played against Aryna before (H2H 0-0).

The singles draw of WUHAN OPEN: 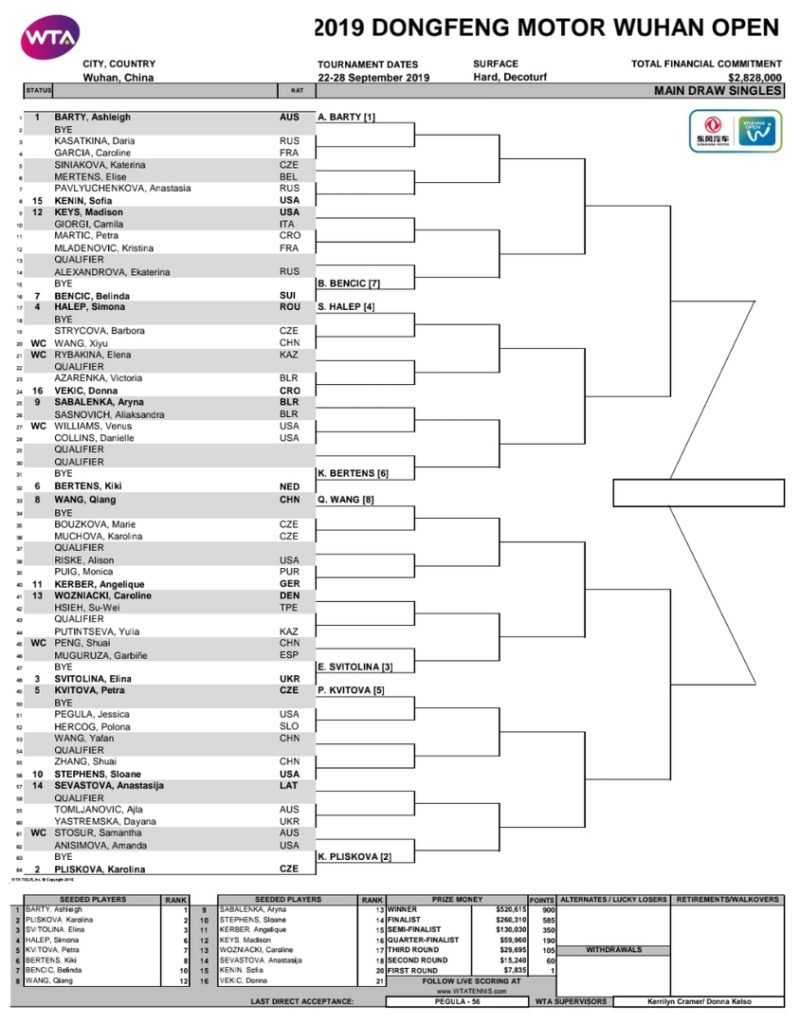 The first match in singles is to be played tomorrow, 22 of September, on Center Court