Today Sasha will be back on court in Jurmala. Here is Baltic Open draw and schedule in "Ready? Play!".

As part of the international tournaments calendar changes approved by the WTA Board of Directors, the WTA Baltic Open (ex. Moscow River Cup) will be held in Jurmala, Latvia. The WTA International level tournament will be staged July 22-28, 2019 at the National Tennis Centre Lielupe on the Baltic Seaside. Players will be competing for $250,000 in prize money and 280 ranking points.

The singles draw of BALTIC OPEN: 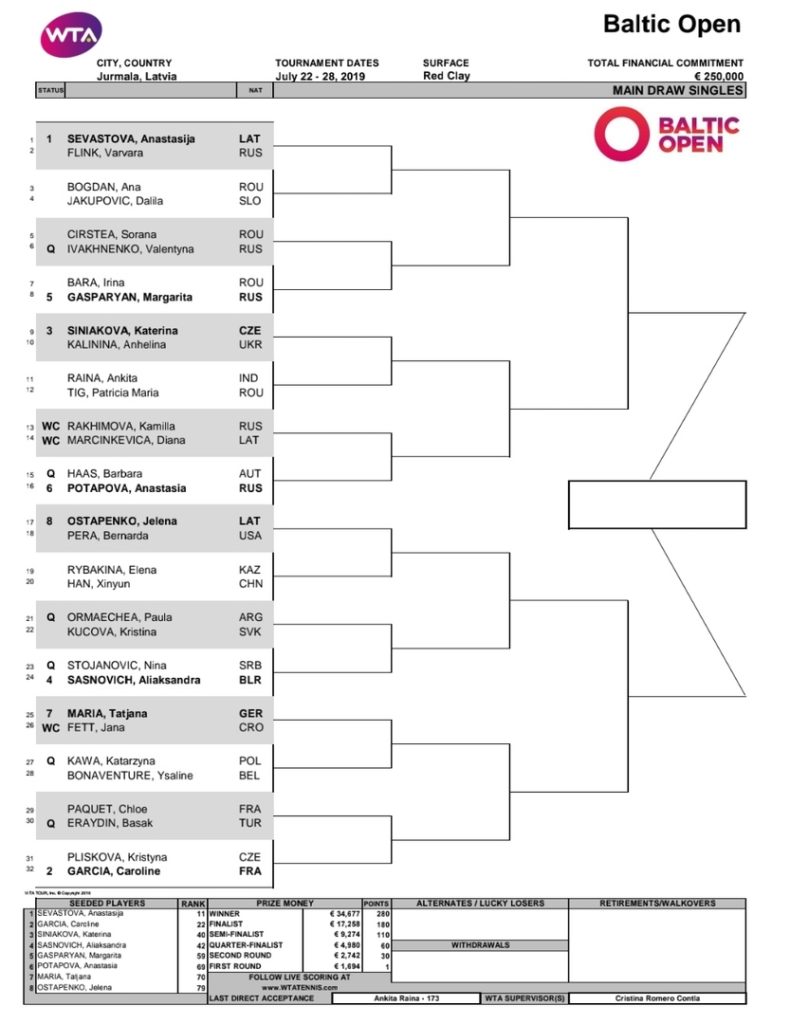 The first match in singles is to be played today, 23 of July, on Center Court

We wish Aliaksandra the best of luck. WE BELIEVE IN ALIAKSANDRA! Stay with Sasnovich.com and Sasnovich Team in all the social networks for future updates.