New tournament - new our hopes and Sasha's chances! And as always there are draw and schedule in our column.

Coupe Rogers is an annual tennis tournament held in Canada. The third-oldest tournament in all of tennis (behind only Wimbledon and the US Open). The women’s competition is a Premier 5 tournament, the winner gets 900 points. The competition is played on hard courts.

Aliaksandra hasn’t played this tournament last year, but this time she got directly into the main draw. Her first opponent – Elise Mertens (20 WTA). Elise has won five singles and eight doubles WTA titles as well as 24 ITF titles to date. She has a career-high singles ranking of world No. 12, achieved on 26 November 2018, and a best doubles ranking of No. 6, achieved on 1 April 2019. Her best result this year is title in Doha where she got amazing win over Simona Halep (4 WTA). To the date Mertens has won 22 matches and lost 19 encounters (W/L  54%). Sasha has played against Mertens 2 times and has won both matches (H2H 2-0).

The singles draw of COUPE ROGERS 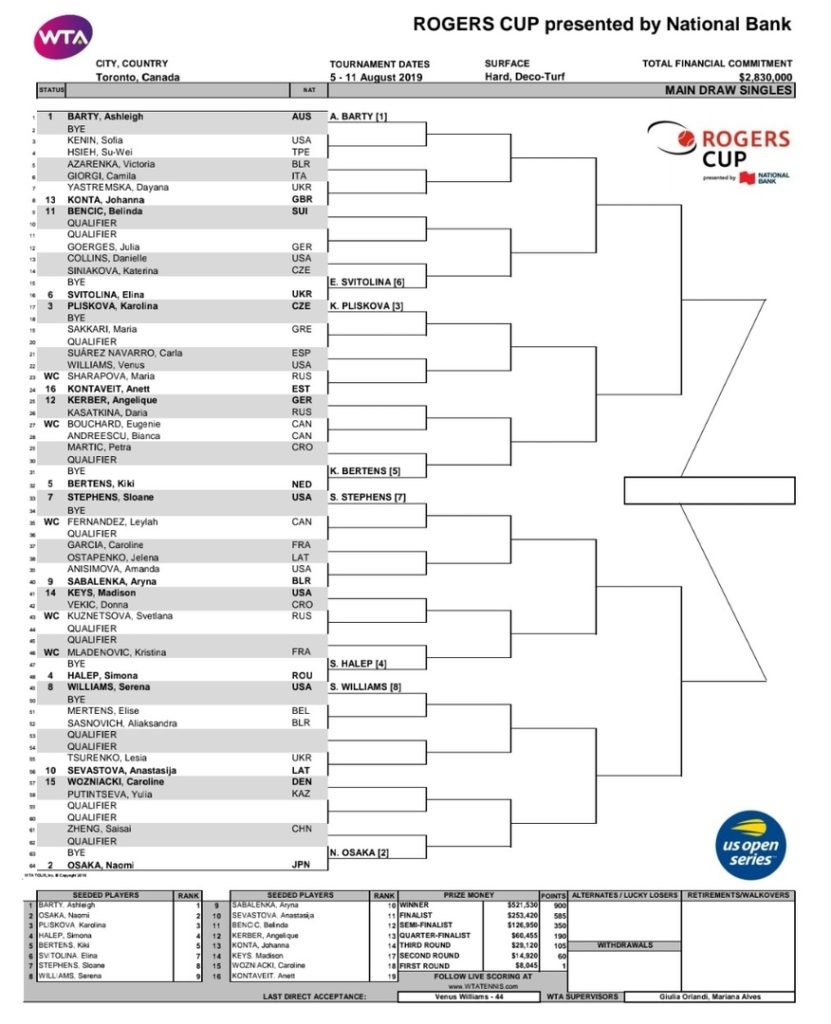 The first match in singles is to be played tomorrow, 5 of August, on Court 1

We wish Aliaksandra the best of luck and hope for win! Fingers crossed. Stay with Sasnovich.com and Sasnovich Team in all the social networks for future updates.